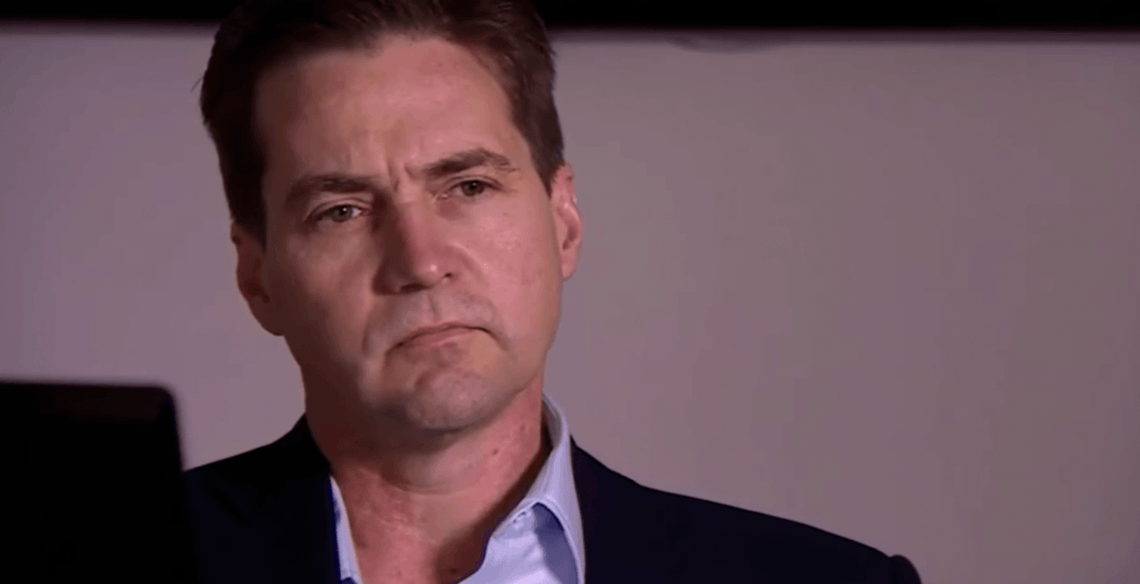 Posted at 09:01h in Profiles by Crypto Shaman 0 Comments
0 Likes

The Bitcoin community is filled with charismatic and controversial figures. In a community that espouses the values of libertarianism and anarcho-capitalism it is guaranteed to attract some colorful personalities. Dr Craig Steven Wright is one of the best and most divisive examples. He has been involved in the community since at least 2009 and has, most recently catapulted to fame claiming to be none other than Satoshi Nakamoto himself, the original creator of Bitcoin.

Craig Steven Wright has a notable and very long academic record according to his now deleted original LinkedIn profile. He graduated from high school at Padua College, Brisbane in 1987. Then he went on to study engineering at the University of Queensland, switching to computer science in his fourth year. He also worked as a cook having trained as a chef and spent three years working with a catering company.

His first IT-related job was at Corporate Express as technician and IT support. In 1996 he started at the internet business Ozemail managing a team of engineers. Thereafter he launched his own company called DeMorgan in 1997. He has since had a string of past and present business interests including Panopticrypt Pty Ltd and Hotwire PE. He was also a lecturer at Charles Sturt University (CSU) in Queensland for five years until June 2015. He is currently the Chief Scientist at a blockchain company called nChain since June 2015.

Craig Wright has a PhD in Theology majoring in Comparative Religious and Classical Studies, achieved in 2003. In addition he holds two Master’s Degrees from CSU. He also claims to hold a second PhD in Information Systems although this is unverified.

As founder and CEO of DeMorgan he resigned from the company in 2003. He was convicted in 2004 for contempt of court and sentenced to 28 days in jail for approaching customers from his former company. His sentence was later suspended to 250 hours of community service. He appealed the ruling twice but lost both appeals.

Another of Wright’s tech companies, Hotwire planned to launch the world’s first Bitcoin-based bank, called Denariuz. The company had about 50 staff based in the US and Australia. It was stifled by regulatory problems and declared bankruptcy in 2014.

nChain Holdings is a blockchain research and development company operating out of London. According to reports, the company was founded by Wright to patent his cryptocurrency ideas but later sold to a private equity fund based in Malta. According to nChain they had acquired all of Wright’s assets and intellectual property and he had retained the title of chief scientist. nChain sought to develop an alternative to the original Bitcoin implementation by launching a hard fork of Bitcoin. Although not officially affiliated Craig Wright publicly supports Bitcoin Cash (BCH) which is a hard fork of the original Bitcoin (BTC) protocol. He was a speaker alongside Roger Ver the recent CoinGeek.com conference in Hong Kong which was sponsored by Bitcoin Cash.

In December 2015 Wright rose to prominence in the cryptocurrency community. Wired magazine ran an article on him stating that Bitcoin was probably created by him an “unknown Australian genius”. Thereafter, he claimed he was the real Satoshi Nakamoto, the elusive creator of Bitcoin. Wright agreed to a filmed demonstration to prove his identity for the BBC. In this demonstration he used one of Satoshi’s original private keys to sign a message to prove his identity. This method has since been disproven when tested independently by Patrick McKenzie. Other key community figures have come out in support of his claims including Jon Matonis and Gavin Andresen formerly of the Bitcoin Foundation.

He is currently being sued by former business partner Dave Kleiman’s estate for allegedly defrauding $5 billion in BTC from a joint bitcoin mining ventured called Tulip Trading. The largest Bitcoin wallet on the blockchain is often attributed to Satoshi himself. None of the funds locked up in this wallet have moved since the inception of Bitcoin and is visible in the public blockchain. Coincidently, through the Tulip Trust Fund 1.1 million BTC is locked until 2020 in an agreement signed by Kleiman prior to this death. By the same agreement Wright is only allowed to use these coins for research and development to further the interests of Bitcoin.

In December 2015 amid Wright’s newfound fame and identity claims the Australian Federal Police raided his home and business premises. This was in relation to a separate investigation by the Australian Tax Office according to authorities.

Dr Wright is no stranger to controversy. In February 2014 during a meeting with lawyers and tax officials Wright stated: “I did my best to try and hide the fact that I’ve been running bitcoin since 2009.”

During the infamous May 2016 BBC interview in which he confessed to being Satoshi, Wright said, “I will never ever be on the camera ever again for any TV station or any media, ever.” On the same day he wrote on his deleted personal blog which is still accessible via the Web Archive: “If I sign Craig Wright, it is not the same as if I sign Craig Wright, Satoshi.”

During the 2017 Future of Bitcoin Conference during a Q&A session when quizzed about whether he will cash out his Bitcoin holdings in favour of a new hard fork coin, Wright responded: “Quite frankly. None of your business. I have my economic solvency. I am financially secure. I’ll do whatever f**k I want with my money. That’s the nature of Bitcoin. It’s about financial sovereignty. And that means not answering to anyone about what the f**k I want to do.”

Most recently, speaking at the Transform Africa Summit 2018 in Rwanda as part of a Bitcoin Cash presentation he remarked: “The fact of the matter on this is you can open up and allow free trade, you can open up and allow your country to be more, or you can wait and hand money to a whole lot of people. And I’ll say this quite frankly because I’ve got more money than your country.”

Bitcoin evangelist, Roger Ver proposed a fork of the bitcoin protocol that favours miners and increases the block size to 8MB. The Bitcoin Cash (BCH) protocol split from the bitcoin blockchain in July 2017. Wright was an ardent supporter of BCH until a fallout with Ver over the vision and direction of BCH. He pushed for a hard fork of BCH and on 15 November 2018, Bitcoin SV (Satoshi’s Vision) was created, alluding to his claim of being Satoshi Nakamoto. In 2019 he changed his claim to say that bitcoin was a team effort between himself, Dave Kleiman and Hal Finney.

The ongoing trial with Kleiman, which began in 2018, drew to a conclusion. On 27 August 2019, a Florida judge ruled in favour of Kleiman with costs. Additionally, Wright must give up half of his crypto mined before 2014 to Dave Kleiman’s brother, Ira Kleiman as well as half of his intellectual property. The court found Wright had argued in bad faith, willfully lied under oath and fabricated false evidence during the motion.